The subheading reads, “High inflation is undermining a robust recovery, testing policymakers at the Federal Reserve and White House.”

So, what is inflation, anyway?

Those of you old enough to remember when gasoline was below 30 cent a gallon clearly recognize that prices of just about everything have gone up. But is that a bad thing or a good thing?

The economics of supply and demand tells us that prices rise when either of two things happens: i) there is an increase in demand for a given item or group of items without a commensurate increase in supply; or ii) there is a supply shortage at the current level of demand. Prices includes the prices of physical goods that people manufacture and sell, services provided by businesses and people and interest rates, which represent the “price” of money.

There are two arms of the Federal Government that have the power to influence the economy. Congress can affect the volume of spending taking place through its own spending, (called “government spending”) that increases the amount of money in the economy available for businesses (and ideally consumers) to spend; and taxes, which can raise or lower disposable income. The Fed, while technically not a government agency, is charged with regulating the volume of money (measured as M1 or M2) in circulation to accommodate the volume of economic activity. The Fed uses tools such as the purchase or sale of Treasury bills to directly influence the money supply, or raises and lowers interest rates by adjusting the Federal Funds rate to make the cost of borrowing money more or less expensive.

During the pandemic, prices actually fell during the early part of 2020. It was early in the pandemic and no one really understood the dynamics of “stay at home,” etc. However, as government subsidies reached stay-at-home workers, and the Fed policy of “quantitative easement” poured hundreds of billions of dollars into the economy, prices began rising. At the same time, toward the end of 2021 and into 2022, the world began experiencing severe supply-chain issues, causing prices of raw materials and many finished goods from overseas to rise steeply. This is a classic case of “too much money chasing too few goods.”

Which leads us to today’s news. On February 10, 2022, the Bureau of Labor Statistics released the preliminary data for the Consumer Price Index for January 2022. It revealed that in January 2022, compared to January 2021, prices have risen 7.5%. To emphasize the significance of this number, the U.S. hasn’t seen prices increase at this rate since 1982.

The CPI represents a broad spectrum of prices. Breaking down the index, price increases for housing and energy, followed by food are having the biggest impact on the average consumer. Even though the Social Security Administration granted the biggest pay increase to retired seniors last year (5.9%) we’re still not keeping up and the government is worried about either hyper-inflation (if price increases are left unchecked) or another recession if the Fed yanks the reins on the economy too hard or too soon.

Economists are divided on what government policy should be, as usual. Some are expecting that supply-chain issues will work themselves out in the first half of 2022 and things will return to “normal,” whatever that looks like. Others are suggesting the Fed might increase interest rates by a full point (one percentage point) in the next two quarters. This could have a big braking effect on inflation, but possibly at the cost of a severe cut in business borrowing and spending and potential job losses.

Something to take note of

The article points out that a significant portion of price increases is coming from the Services sector. It notes, “There is no playbook for derailing inflation in this environment.”  According to Statistica over 78% of U.S. jobs are in the Services sector, and it is likely that these “price” increases will become entrenched. This is likely associated with the “great resignation” of 2021, where more and more service workers are quitting their jobs, looking for more favorable and better-paying opportunities, or starting their own businesses. This trend, folks, is not going away anytime soon.

What does all this mean for commercial real estate? We’ve already seen dramatic increases in building materials, making new construction more costly and total budgets harder to predict. However, in sectors like housing (and anything related,) the demand for new units is outpacing supply-chain issues.

In other sectors, we’re likely to see continued shifts in office space, the anticipated return of the hospitality sector and increased attention to social, environmental and sustainable business practices overall. If businesses and building owners can lower their carbon footprint, save or make money in the process, and become more attractive to tenants and retail consumers in the process, we could be in for a really exciting year in 2022.

SOFIA Capital Ventures is your “Concierge for Private Commercial Lending.” We are always bringing you the most current information about the economy and CRE financing programs as they track the markets. If you have a CRE investing scenario you want to run by us, CONTACT US now! 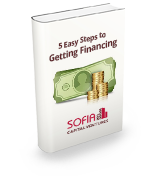 Join Our Newsletter and receive this valuable information free.